Microtech®: A Look Back

Everyone loves an origin story, and the Microtech® story is a legendary one. Evolving from a 2-person operation in an apartment to a world-renowned knife brand, Microtech® has had its fair share of invention, creativity, success, and growth. Let’s go back to the beginning. The Microtech® story starts in an apartment in Vero Beach, Florida. The very first knife prototypes were created in that very apartment in 1993 by Anthony and Susan Marfione. By 1994, the homegrown operation had expanded to a storage shed and later, to nearby buildings. The name “Microtech®” was coined, and thus the brand was created. The very first knife ever released was the U.D.T., which stands for Underwater Demolition Team. This knife was created to cater to underwater use and handling, as it can fire underwater. Just one year later, the H.A.L.O.® (meaning High Altitude Low Opening) arrived on the scene. The H.A.L.O.® quickly gained acclaim, and by September of 1995, was featured on the cover of Fighting Knives Magazine. Throughout these early years, Microtech® continued to grow exponentially in popularity and work on new design prototypes. The hard work showed when Microtech® won its first award—Blade Magazine’s “Manufacturing Quality” award—in 1998. Even early on, this precedent of high quality, no-compromise manufacturing set the tone for the company’s massive success to this day. In fact, Microtech® earned this award two years in a row—snagging it a second time in 1999. 1999 was also the year of the Ultratech®—the first-ever Ultratech® is released onto the market, and was a smash hit. It became the most popular Microtech® knife yet, and retains that title to this day. For Microtech®, the 2000s saw innovation and opportunity at every turn. New knives were released, and several Blade Show awards and popular magazine spotlights were raked in. Year after year, Microtech® won big, taking home awards such as “American-Made Knife of the Year,” “Collaboration of the Year,” and “Most Innovative Design.” By 2004, for the first time, Microtech® distributed knives to the U.S. Special Operation Forces. In 2005, Hurrican Katrina hit. In the wake of the aftermath, Microtech® relocated from Florida to Bradford, PA. Soon after, it expanded into a sister company, Microtech® Small Arms Research. This made it the first knife company to establish a firearms division—a big step forward.

As Microtech® continued to expand, so did its recognition and awards. Two legends combined when Anthony Marfione collaborates with Mick Strider to create the D.O.C. and D.O.C. Killswitch, which won “Most Innovative American Design” and “Collaboration of the Year” at Blade Show 2013.

By 2014, Microtech® celebrated its 20th anniversary. Microtech® also expanded in a big way, with a second facility added near Asheville, NC, in the Blue Ridge Mountains. This expansion allowed Microtech® to increase production and focus on grinding out even more amazing designs and offerings. Throughout the past several years, Microtech® has worked to break the mold in creating new collaborations and designs that continue to uphold the quality standards and beauty but add new offerings and special-edition knives to our lineup. Microtech® collaborated on several pieces with Koji Hara, Mick Strider, D.C. Munroe, Sebastijan Berenji, The Real McCoy Beard Oil, and Borka Blades. They also worked on revamping and fine-tuning past releases for the public. After endless dedication to the craft, Microtech® took home the trophy for “American-Made Knife of the Year” at Blade Show 2019.

Looking ahead, we will continue to strive forward, always following our mission—to never compromise. 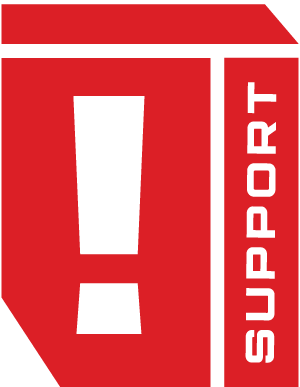